Churn rate. It's probably the most important usage number you could have, but boy is it a pain in the butt to calculate. Or is it?

For ForceRank.it we don't have a ton of traffic so we've still got a simple table of events, where event is something like "login" or "pageview". Whatever your database though I think it's likely you have a table that can function like the following:


So what are the steps we need to do to calculate monthly churn?

So step 1 is trivial, right?
That was easy... but now we're in trouble. We've got the number of active users, but we've lost who they were, so now we can't compare to the next month.

At this point it's easy to end up trying


The Problem with Cron

The cron job works, but the sad thing about it is that now we've got a table of churn numbers, but we're locked in and can no longer segment. How do paid users retain vs free users?  Sorry, you're going to need to refactor this whole solution.

So is there any way to do this in one fell sql-swoop? The good news is that there is, brought to you by window functions and lag() lead() functions in particular. .


Lag & Lead mean that we can iterate over results, comparing our current row to the next row. This is huge, particularly because we can partition by user. Lag and lead are available to you if you're using PostgreSQL, Redshift, or pretty much anything except MySQL


Let's see what this means in practice.

1) Who used it and what month they used it. To make things easier on ourselves later, lets represent the month as "number of months since 1970" so that we have a simple monotonically, increasing number. 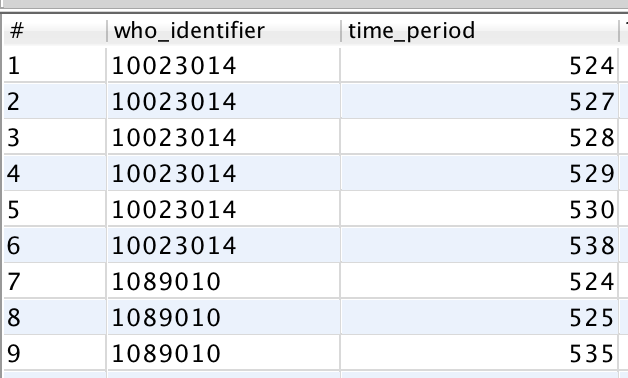 2) For each row in #1, what is the next and previous month they used it, partitioned by user.

This table has everything we need to know!

4) Case statement the various possibilities. As an extra, we now have great insight into whether we are getting "revived" or "return" users. 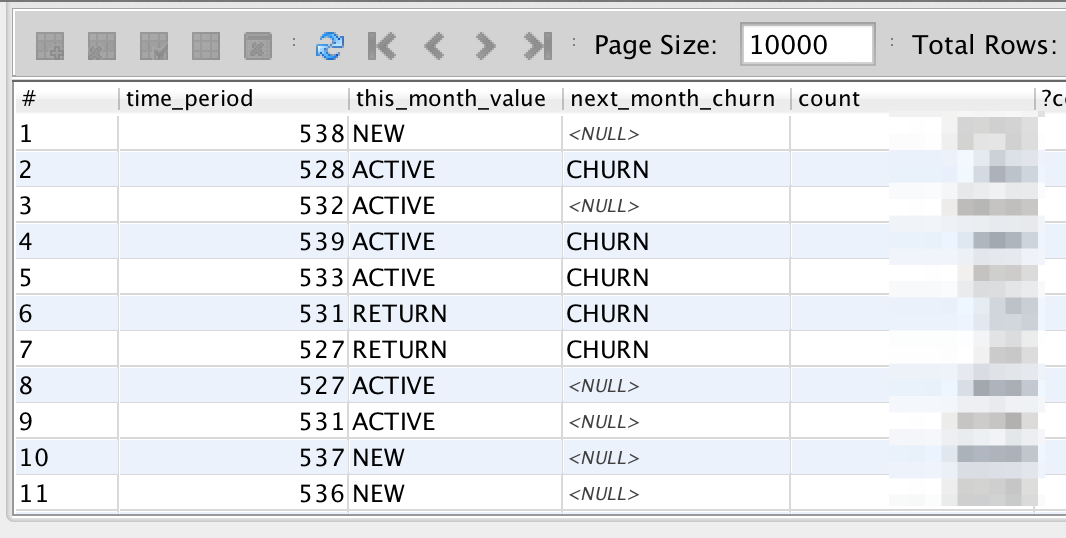 5) There's some final cleanup and UNION of the two different data sets before we're done. You can see this in the complete query below. Basically we sometimes have >1 important row (ie the churn and the active) per row, so we double query our calculated table and union the results. But voila! We've got a single query for churn/active/return/new users.

Final Results after a quick Excel import and Pivot Table: 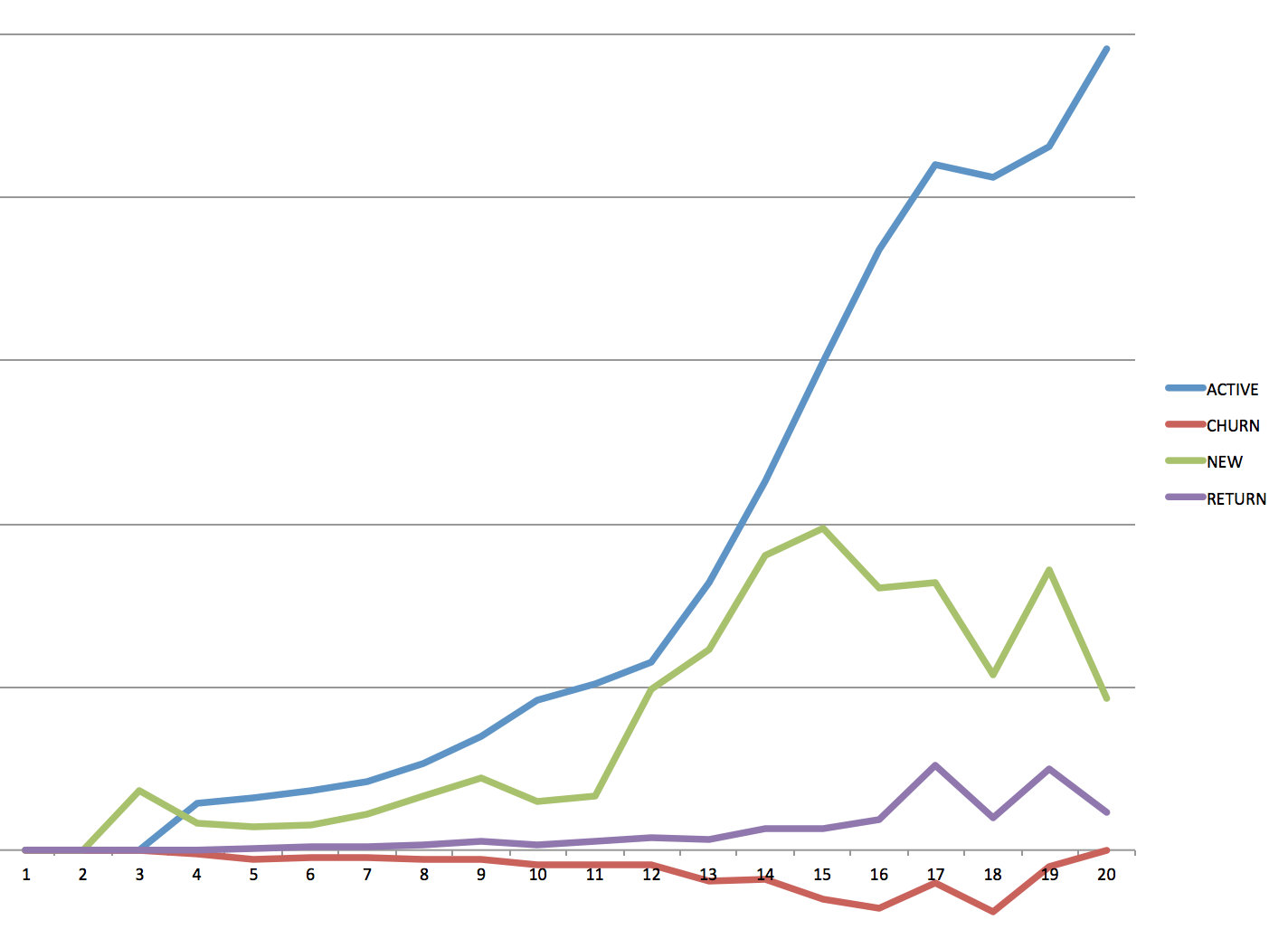 In summary, the above sql is a super useful way to get user activity data out of your database. Because it's a one stop query, it's really easy to add additionally filtering or grouping to this query, meaning you can easily segment these results.

Oh right, and how does it perform?  Well on Redshift anyway cranking through 60Million rows takes about 7 seconds. In PostgreSQL I've haven't tried it on anything that large but it's never given me a problem.

Curious about what we do here at ForceRank? Give it a try!