But what IS the Minimum Lovable Product?

You've probably seen this adorable image already and if it won't convince you, nothing will. So we'll start from an assumption that you're trying to make something lovable. But what does that really mean? I'm trying to release a large new feature for my product. I want to get it into beta as quickly as possible. Do I ship what we have? Does it need "just-one-more-thing?" 4 more things? 10? There are 18 important features I can think of off the top of my head that it doesn't have. Which ones do we build before Beta? What is the minimum lovable product?

Oh and I'm on a team with 5 other extremely talented and opinionated people who've sat in on the same user tests of the Alpha as well. They probably have some opinions too... So what do we do? And how do we avoid a 3 hour planning meeting?

Here's how to decide what features to build:

Let's see what this process looks like if we use ForceRank to coordinate. First we'll build a questions and define a list of choices. In this case it's all the possible features we could build. We also add a "Release Beta" choice and tell people to prioritize it at the point where they think we should release. 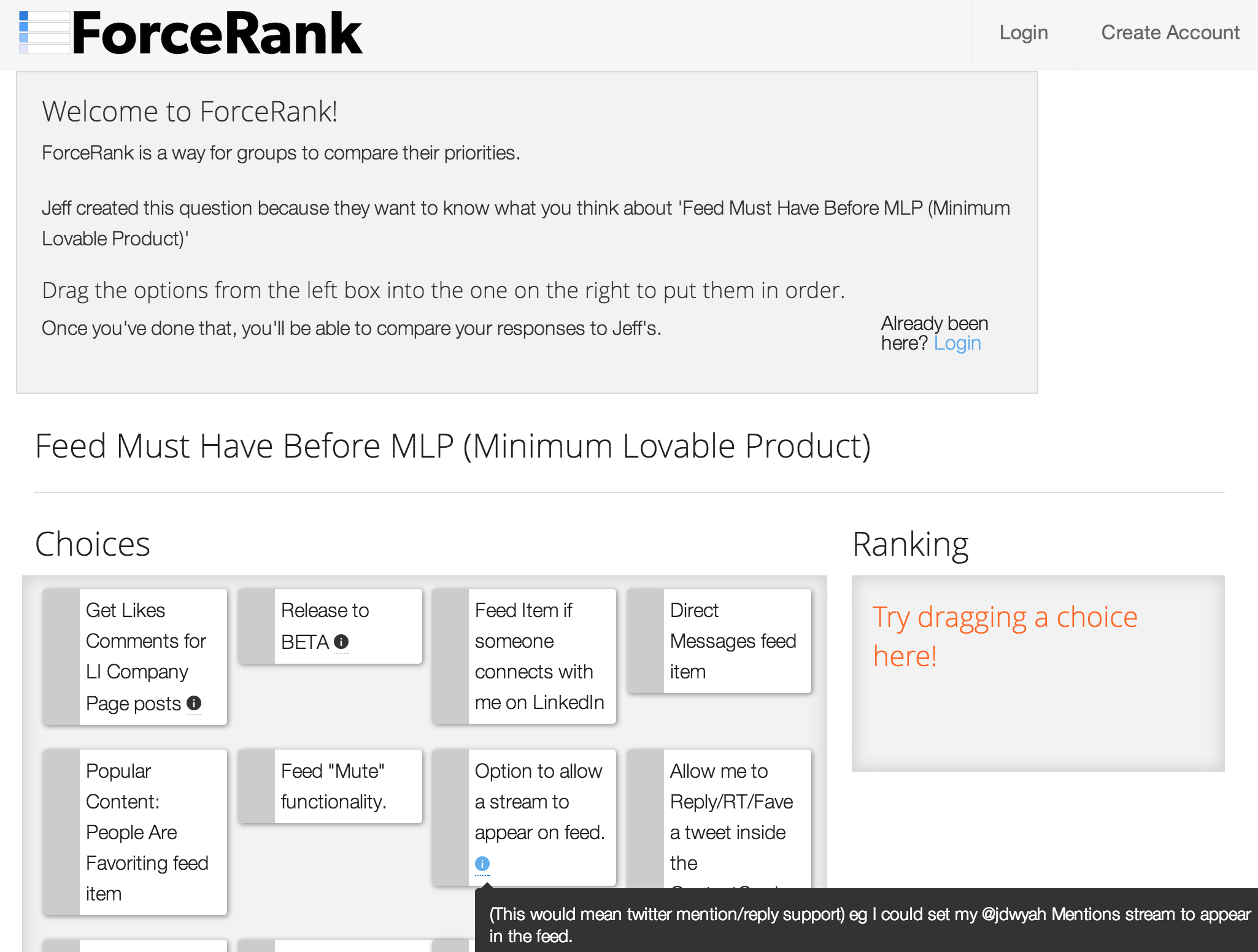 Then we just send an email to our colleague and they can jump right in and start ranking the choices.

Success! Now we have responses from my 5 colleagues. You can see the overall preferences of the group on the right. The results are colored so that we can easily see outliers. It looks like Mike and I generally agree. But you can see that when I hover over the second choice on Mike's list I actually ranked it much much lower. Sounds like we should discuss that one. 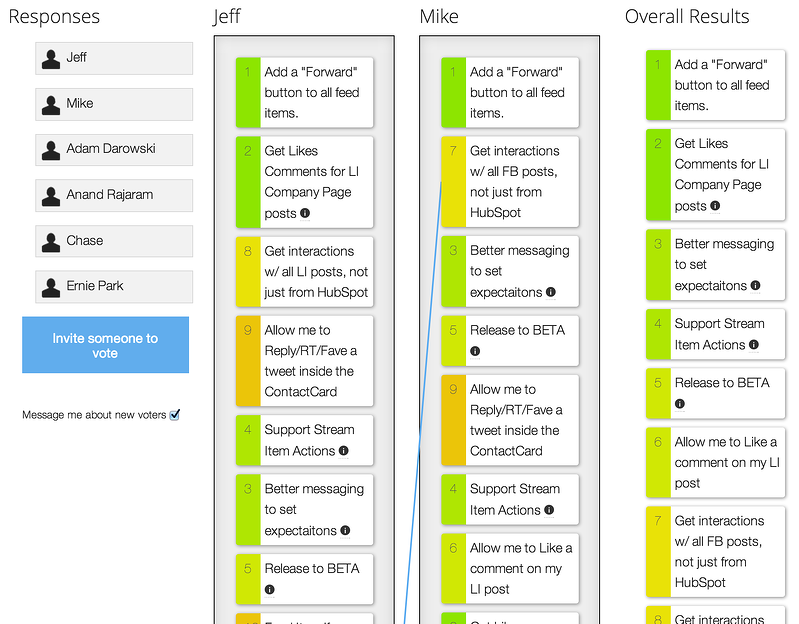 Mike and I generally agreed, but if we compare my opinions to Chase's we can see that there are some real differences. Indeed the groups 17th priority was something Chase thought should be #4! Since Chase is the UX expert, it sounds like perhaps the engineers need to understand why we're rating those things on the bottom. 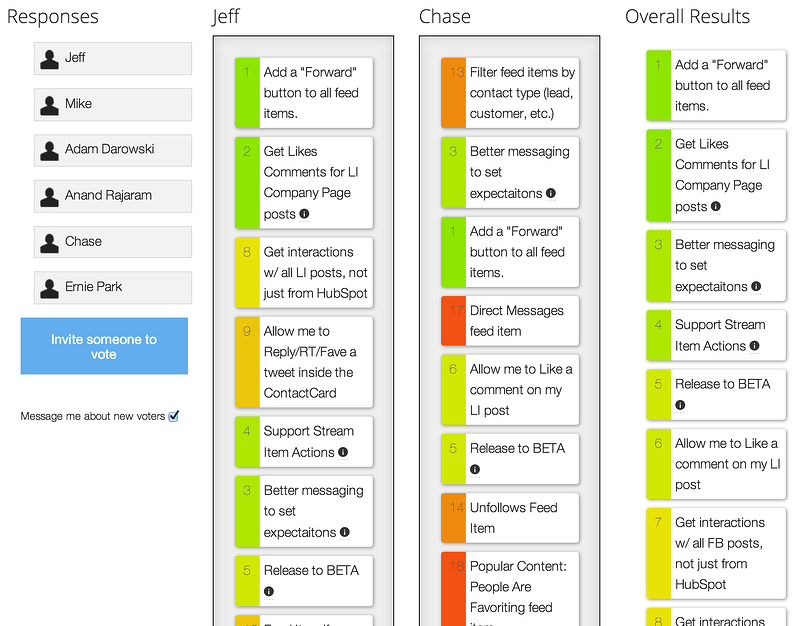 Finally we can also compare everyone's results against the overall scores as calculated by our algorithm.

I hope this has given you a good idea for how to systematize the discussions you have around feature development for your product. The goal is to have smarter, better, faster discussions. Using a system like this you'll find you don't even need to discuss some options because they're either unanimously important or unimportant. On the flip side, the major disconnects in your group will, quite literally, glow red and allow you to focus in directly on what matters.

Happy Product Releasing to You!